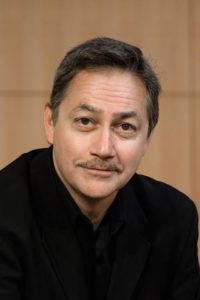 Dr. Gregory Jones serves as Associate Dean for Outreach and Engagement in the College of Music at Florida State University. Previous appointments include Director of the Purdue University Fort Wayne School of Music and Professor of Music at Truman State University in Missouri. He holds music degrees from Florida State University, the University of North Texas, and the Doctorate in Music Performance and Literature from the Eastman School of Music. His wide variety of performance experiences include the Kansas City Symphony, Rochester Philharmonic, Fort Wayne Philharmonic, Missouri Chamber Orchestra, Eastman Wind Ensemble, Texas Baroque Ensemble, Wynton Marsalis, Allen Vizzutti, Al Jarreau, Audra McDonald, Bill Conti, Joshua Bell, the Dallas Cowboys Band, and many others. He has recorded for National Public Radio and continues to perform as a trumpet soloist and conductor. Dr. Jones has served as an Artist-in-Residence in Greece as a recipient of a Senior Fulbright Grant from the United States Information Agency and the Council for International Exchange of Scholars and has been a member of the Fulbright Selection Panel in Washington, D.C.
Dr. Jones often visits Greece, Kosovo, Macedonia, and Albania where he has taught and performed as part of an ongoing outreach program supported by the U.S. Embassy and the Fulbright Foundation. He frequently tours China including performing the opening concert of the initial China Trumpet Guild Conference and trumpet festivals in Tianjin, Shijiazhuang Shenzhen, Lanzhou, Yantai and Beijing. He has appeared as a featured clinician at The Midwest Band Directors Clinic in Chicago and in festivals and music schools across the US. His book, Developing Expression in Brass Performance and Teaching is available from Routledge/Taylor and Francis and he can also be heard on Alternate Voices: Chamber Music for Trumpet. He lives in Tallahassee with his wife, Margo, an accomplished flutist.