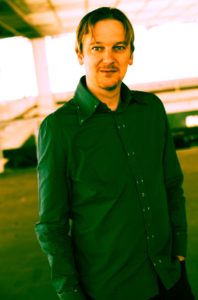 Gerald Preinfalk was born in Zulissen near Freistadt in Upper Austria. In 1990, he started to study classical saxophone with Oto Vrhovnik and jazz with Wolfgang Puschnig at the University of Music in Vienna, and as a result made music his vocation. Scholarships took him to the Berklee College of Music in Boston (USA) and to Paris. Preinfalk joined Klangforum Wien in 2000. He has toured with orchestras such as the Vienna Philharmonic, the RSO – Radio-Symphony Orchestra Vienna, the Staatsphilharmonie Rheinland Pfalz, the Staatsorchester Stuttgart and other ensembles for new music in and around Vienna.
He has also performed jazz as sideman with various big bands such as Nouvelle Cousine, the Vienna Art Orchestra and other ensembles, playing with musicians like Don Byron (NYC), Django Bates (GB), George Garzone (NYC), Elliot Sharp (NYC); Terry Bozzio (USA Frank Zappa drummer), Savina Yannatou (BR), Lucia Pulido (CO), Alegre Corrêa (BR) and Wolfgang and Christian Muthspiel (A).
As composer of theatre music, he was responsible for the soundtracks to “Peer Gynt”, “Hiob” and “Du bleibst bei mir” – all directed by Michael Sturminger at the Wiener Volkstheater. He has also successfully collaborated with Burgtheater actors such as Nicole Heesters, Martin Schwab, Petra Morzé and Christoph Krutzler. In the commercial sector, he has worked with opera singer Elisabeth Kulmann on the ongoing project “La femme c’est moi”; but also with national celebrities such as Willi Resetaruts, Tini Kainrath and Maria Bill (“Bil sings Jacques Brel”; “Bill sings Bill”).
In 2012, Gerald Preinfalk was appointed professor for classical saxophone at the University of Music, Graz. Masterclasses have taken him to Strasbourg, Wroclaw (PL), Szczecinek (PL), Tikushima (JP) and Tianjin (CHN).